Welp, if there were ever a video that proved the opposite of its intent, it would be the one released by Jory Micah in wake of female preachers being told to go home.

All the concerns I had about getting a VBAC ended up being irrelevant. and I nearly ended up having my baby on the side of a mountain with no epidural. In this video we go into my successful vbac, what I did to prepare, how it compares to a c section, and what the pain of labor REALLY feels like.

This month was our daughter Scarlett’s first month of FIRST GRADE! She is homeschooled and we love it! But her room was a major distraction and not at all conducive to learning. With Scarlett, Mom, Dad, and brother all chipping in we were able to make it a nice soothing space for learning and relaxation! Now on to the next room! 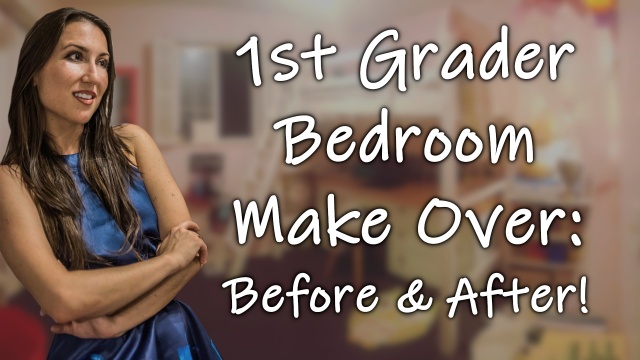 My husband David had a debate with a rabid MGTOW in response to an article on spurglars ie women who hoodwink men into getting them pregnant. The conversation quickly devolved into whether or not marriage or relationships with women are even worth it, and why mgtows believe all societal ills rest on the shoulders of women. (as if women are the only ones capable of sin)

Donald Trump is now actively supporting universal background checks. My husband David Kirk West is a true pro-gun American and I’ve compiled some clips from his most recent gun debate moderated by talk show host Bill Meyer, that cover why universal background checks are deadly, dangerous, and a blatant infringement upon our human rights. My husband and I have been warning people about Trump’s anti gun rhetoric for years. Trump, this is NOT OK.

Candace Bushnell creator of “Sex & the City” loosely based on her own life as a writer in NYC was at the forefront of the feminist movement and sexual liberation that told women we could “have it all” and would never bore of career accomplishments and fabulous cocktail parties. Now that she is 60, divorced, and childless she has admitted she regrets choosing a career over having children and has been left truly alone.

After my response to Vegan Gains Video “Happily Married Without Kids” I received many comments describing the pitfalls of parenthood and why so many people are choosing to go kid free. One woman’s comment had a majority of the most common reasons people regret having kids or decide against parenthood in one comment. Things such as “Parenting can age you by as much as 11 years per child” I will address these points one by one. This video and the one I made originally have nothing to do with me trying to change the minds of those firmly in the “no kids” section. It is more for those who hear these messages and wonder about their validity. Is parenting being miserable something that is inevitable? Or is parenthood being a wonderful experience something we have more control over than we think?

Purity and Courtship advocate and previous pastor Joshua Harris has announced his split from his wife. There are a lot of people making assumptions about why, and blaming the reason on his recent acknowledgement of the shortcomings in his book “I Kissed Dating Goodbye”

I think this is unfair and we simply don’t have enough information to back up such a theory. Harris’ wife has come out as an ex-vangelical and has publicly shared her journey away from conservative Christianity. I think this shift has far more to do with the changes that led to their separation.

I am not a Joshua Harris fan, as I am sure I disagree with him on many theological issues, but the way people are framing this situation is very unfair and most evidence points to the exact contrary. I don’t see anything to lead me to believe Joshua Harris has rejected all his beliefs and then decided to leave his wife. I think he still believes most of what he always has with the exception that he now thinks dating is perfectly fine (which it is). I think the split has much more to do with his wife’s journey away from conservative bible based Christianity and into “spirituality.”

If an unbelieving spouse wants to leave you, there isn’t really anything you can do about it. There really just is not enough information for people to be so freely accusing him of leaving his wife.

See her posts that lead me to my conclusions in more detail in the video below.

I am currently 27 weeks pregnant with my second son and this video goes into why I am so thankful I woke up to the reality of circumcision before having my sons.

What I Write About